skip to main | skip to sidebar

Today is so-called "black friday" -- perhaps no more fitting time on so many levels can be found for this week's poem. It is both a kind of warped satirical nursery rhyme for adults and a treatise of social criticism. MacNeice's "Bagpipe Music" dates from 1937.

Bagpipes, like some politicians, are full of hot air. And so this re-make of MacNeice's "Bagpipe Music" appropriately refers to Ronnie, presumably Ronald Reagan. The song was part of their album The Janngling Man (1990).

Text of MacNeice's "Bagpipe Music" at Poetry By Heart
http://www.poetrybyheart.org.uk/poems/bagpipe-music

With the Poetry Foundation
https://www.poetryfoundation.org/poems-and-poets/poets/detail/louis-macneice

French translations of some of MacNeice's poems at Esprits Nomades
http://www.espritsnomades.com/sitelitterature/macneice/macneice.html

Hear Louis MacNeice in his own voice.
The dates that follow poems are those given in MacNeice's Collected Poems edited by Peter McDonald.


Other Resources
"No Go (For Louis MacNeice)" by The Cleaners from Venus
https://thecleanersfromvenus.bandcamp.com/track/no-go-for-louis-macneice
i-tunes https://itunes.apple.com/ca/album/number-thirteen/id877662356

"September 1, 1939" Poem of the Week in response to American Elections

NO, W.H. Auden (1907-1973) did not famously ask if poetry could make anything happen, rather he bluntly stated, in his elegy for W.B. Yeats that "Poetry makes nothing happen." But since then, everyone else has been asking that question. Can poetry change anything?  In an interview with Richard Crossman just a few months before he died, Auden said: "Nothing I wrote prevented one Jew from being gassed or stalled the war for five seconds." Yet, in the midst of the fray of the 1930s, no one recorded it better than Auden, with important poems concerning the rise of fascism, the Spanish Civil War, and the beginning of World War II.

The text of the poem, published in Another Time (1940) is still under copyright, and can be found on poets.org.

If you want to learn more about Auden, why not follow Langdon Hammer's class?

As time went on, Auden felt his poem included too much moralizing, and chose not to include it in later collections of his poems, but his readers were too attached to the text to allow it to be forgotten.

Poetry may not stop wars, but it is an essential component of the human spirit, and may actually help people to cope and retain their sanity in trying times.

There have been a number of poems written for Hillary Clinton in these past weeks -- Eileen Myles, "Momentum 2016" and even a rap poem talking about the "hotsauce in her bag" by Khalid Rahmaan. But the real poetry we saw was the intensity of her campaign, as we can discern from this excerpt of her speech at the Democratic National Convention.

“It’s true, I sweat the details of policy, whether we’re talking about the exact level of lead in the drinking water in Flint, Michigan, the number of mental health facilities in Iowa, or the cost of your prescription drugs,” she said.


On more than one occasion she emphasized that when speaking she used the pronoun "we" -- because she knew that she represented everyone, that the country was a unity of different peoples, "better together." Because Hillary Clinton, behind her smile, is the candidate that cares.


The tragedy is that after she obtained the majority of the vote in the American Popular Election, it was not enough to be called President Elect due to the antiquated Electoral College system.

The 46% of Americans that did not vote and those who voted for Mr Trump because they believed the lies during the campaign (and perhaps also ignored that Trump received KKK endorsements) may now find themselves in an American that they did not really want.

Meanwhile, people are already beginning to resist because it simply seems the right thing to do. We are not sure what details of policy President Elect Trump is sweating about, but it seems he's not very worried about conflicts of personal interest after appointing a number of family members to his preparation team.

The slot for the poem this week goes to a musical creation by Kate McKinnon playing Hillary Clinton, in a pastiche of a Leonard Cohen hit. This was the opening of this week's Saturday Night Live -- the TV comedy show -- listen until you understand the words, perhaps not meant as farce and satire, but as truth.

Because I could not stop for Death

It's rather the perfect Halloween Poem: Death takes you out on a romantic ride, or so it seems at first glance. Emily Dickinson's "Because I Could Not Stop for Death" is a brilliant composition in six stanzas of decreation. For a reliable text of the poem, see Poets.org
(https://www.poets.org/poetsorg/poem/because-i-could-not-stop-death-479).

Dickinson rarely gave titles to the poems that she inscribed into her own hand-crafted and hand-sewn notebooks, and this is no exception, but over time, first lines have provided titles. You will notice that Dickinson's favorite punctuation mark appears to be the dash, and it has taken a century for her editors to respect her own punctuation. Was that because she was a woman?

So it is helpful to check any published version of a Dickinson text against her own handwriting. It is now possible to do that on-line through the Emily Dickinson archive:
http://www.edickinson.org/editions/1/image_sets/235752

You'll need to be a French speaker to get the most from this link, but even a starter French student might enjoy this. See the place in the background while a poem that speaks about the place is read to you.  Places covered include major Parisian spots like the Eiffel Tower, the Paris Metro (corresponding poem here is also a hilarious spoof on the Lord's Prayer), the Seine River, the Pont Nef (the old bridge, called the new bridge), Notre Dame Cathedral, and Montparnasse (the neighborhood of artists and writers).

Thanks to France Culture for this excellent idea!
https://www.franceculture.fr/page-paris-balade-en-poemes

One of the most exciting things about the religious poet George Herbert (1593-1633), who was also an Anglican priest, is that he was appreciated by all the different religious groups of his period. His great critic (and editor) Helen Wilcox has argued that Herbert deliberately took a mediating stance to help promote more peaceful relations among the religious factions of the period.

Although many of Herbert's poems are deceptively simplistic looking on a first reading, they stand the test of repeated readings and reveal hidden complexities when you spend time with them.

'The Altar' is a wonderful example of this. It is an emblem poem, and people are usually keen to observe an altar, a pillar, a cup, or the letter I when they look at the poem. Of course deep religious meanings and the notion of sacrifice are contained within the words of the poem. But there is also a discourse about art that generates new meaning, and one revealing trick is to count the times you can spell art in the poem, frontwards, backwards and sideways, using letters within words such as altar, heart, part, etc. 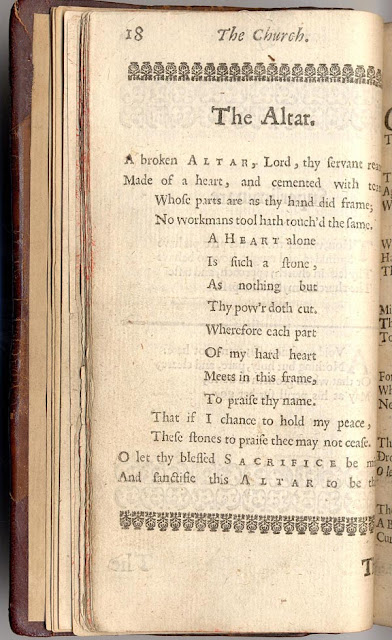 For a reliable on-line version of the poem: https://www.ccel.org/h/herbert/temple/Altar.html

POTW--Dylan Thomas, The Force ... That Drives the Flower

This week's poem can best be explored using your colored pencils. It is recommended that you print out a copy of the poem and start circling repeated words in different colors. It is a bit like a complex puzzle you will try to take apart: you will probably need to read through the poem six or seven times before you locate every word that is repeated. These repetitions help create the music, in a poem that does not rely on end line rhymes. The poem is under copyright, so find it on poets.org. For those whose first language is not English, and even for native English speakers, the vocabulary may be a bit challenging. Look up the words, so that you can perceive the meanings.


The Dylan Thomas Center in Swansea, Wales, awaits your visit (http://www.dylanthomas.com/dylan-thomas-centre/history-dylan-thomas-centre), and you can read a good complete biography of the poet on their website.

Among the centenary sites, celebrating 100 years since the birth of Dylan Thomas in 2014 you might enjoy:

Another text of the poem, in the Telegraph (http://www.telegraph.co.uk/sponsored/travel/wales-dylan-thomas/10833448/dylan-thomas-force-green-fuse-drives-flower.html).

Alain Suied has translated a large selection of Dylan Thomas's poems into French. Find out more about that via Esprits Nomades (http://www.espritsnomades.com/sitelitterature/dylanthomas/dylanthomas.html).

Line Audin has translated Dylan Thomas's most famous poem, "Do Not Go Gentle Into That Good Night" into French at La Cause Littéraire (http://www.espritsnomades.com/sitelitterature/dylanthomas/dylanthomas.html).

It is hard to discern which talent was the more mastered by Ivor Gurney, musical composition or poetry. What is certain is that the experience of fighting in the Battle of the Somme and of being in the trenches with limited resources for musical composition led him to intense poetic creativity. He sent letters home to his friend, musicologist Marion Scott, recording French words he learns, the slang of war-time, and manuscripts of his poems. He arrived in France in May 1916, was wounded in the shoulder spring 1917, then gassed at Saint-Julien in September 1917, after which he was discharged.

This poem, composed in 1925 in a mental hospital, vividly recalls the trenches, possibly with the experience of hearing records being played by the enemy at night. It includes the poet's deeper wish that the enemies could serenade each other instead of shoot each other.

Serenade
It was after the Somme, our line was quieter,
Wires mended, neither side daring attacker
Or aggressor to be—the guns equal, the wires a thick hedge,
When there sounded, (O past days for ever confounded!)
The tune of Schubert which belonged to days mathematical,
Effort of spirit bearing fruit worthy, actual.
The gramophone for an hour was my quiet’s mocker,
Until I cried, ‘Give us ‘‘Heldenleben’’,  ‘‘Heldenleben’’,’
The Gloucesters cried out ‘Strauss is our favorite wir haben
Sich geliebt’. So silence fell, Aubers’ front slept,
And the sentries an unsentimental silence kept.
True, the size of the rum ration was still a shocker
But at last over Aubers the majesty of the dawn’s veil swept.

One of the aspects of war that the poem makes allusion to is the "rum ration" in the penultimate line: soldiers where given something alcoholic to drink before going over the top, so a large ration of alcohol might indicate a difficult battle. But the rum ration could also refer to the small size and poor quality of food served to the troops.

Take a few minutes to listen to one of Gurney's musical compositions.

I, too, sing America

This poem has been going viral on social media around the United States for the past two weeks, and then it was published here: 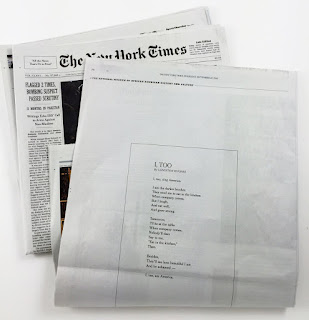 The Black Lives Matter movement and people all across the United States review their basics with this "I, too, sing America," which the New York Times printed over the entire back page of the paper on September 22, 2016. When Hughes recites the poem, he changes the line "They'll see how beautiful I am" to "They'll see how beautiful we are," and this is not only to avoid bragging about his own looks. He is emphasizing that the "I" of the poem is not only his private I —in fact the speaker of the poem may be the poet or may be "the darker brother"—but is also a collective we. The "I" represents all people of color. 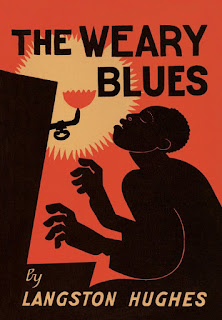 On some level, this poem is a prophecy that Hughes optimistically writes during the Harlem Renaissance (the poem was first published in a magazine in 1925, and then was part of his first book of poems, The Weary Blues, published in 1926). In today's United States, the prophecy has been fulfilled with a second term of President Barack Obama, and the opening of the National Museum of African American History and Culture in Washington D.C. on September 24, 2016. However, the flip side of that coin is that the poem is still a "dream deferred" for a number African Americans.


Links
Langston Hughes, "I, Too" text of the poem at Poetry Foundation (with related content).

Carol Rumens already writes a weekly column on poetry for the Guardian , and this new blog effort makes no pretense of trying to steal her ... 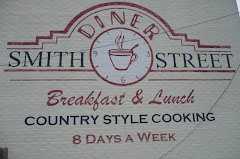 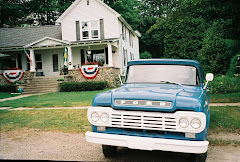 Other Magazines Including Poetry & Poetry Criticism

Babel, the Poetry and Translation Magazine 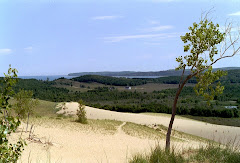 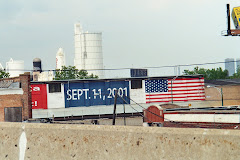 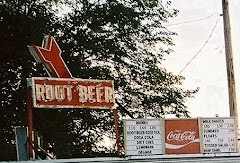